“One of my favorite stories my dad tells is the story of the swallow tail. Like a shaman in a cave he reflects on it like a piece of Hawaiian folklore and with great pride and enthusiasm he talks about how two Hawaiian kids worked and made their way into World’s Contest at Oceanside in 1972. “These two kids sat off the left side of the jetty and made it all the way through the finals to win on swallow tails”. Those “kids” were Michael Ho and Larry Bertlemann. The most classic part of this is Dad said that after LB and unko Mike ripped their heats, the next day the mainlanders took saws to their boards and hand cut swallow tails into their boards! (…and we still making um) A little known fact is back then when he was shaping at Surfboards Hawaii, his original logo was that of a swallow tail bird with his name inside. Once Dad changed his logo to the Infamous block logo, his friend Donald Takayama asked if he could have the bird image to use as his logo. Dad happily passed it on.”

If you have questions about this vintage surfboard or would like a shipping quote, scroll down to leave a comment or call us toll-free at 1-800-210-6714 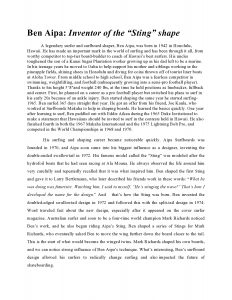 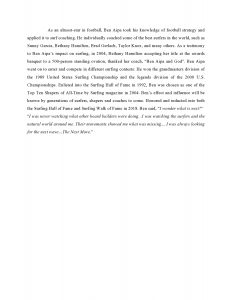