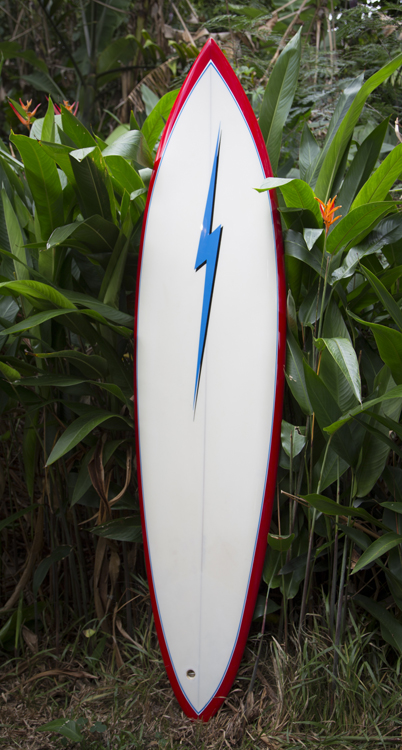 Barry Kanaiaupuni Lightning Bolt 6’9 single fin (mid 1970s). This board was fully restored by a surfboard restoration expert with over 30 years of glassing experience.